The humble brag-the act of stating a truth, but in a way that subtly allows you to brag about yourself in the way you say or bring it up.  I caught myself doing it just the other day.  A friend asked about how my knee was doing. I said something like “very well, thanks. I had a doctor’s appointment and he cleared me to be off crutches, not use my brace and because I am doing so well, I can drive again.”  All true, but did you catch the little humble brag-“because I’m doing so well”?

I could have easily stated the truth without that little additional comment. But having worked hard, I’m proud of doing well and being able to drive again. Thus, the humble brag slipped in.  I knew as soon as I said it. It wasn’t necessary.  My friend would have been just as happy for me without the humble brag.  It may not seem like a big deal. It’s not like I lied.  But the humble brag is a slippery slope.

Being humble is not applauded in our society.  It’s the opposite, especially on social media. From childhood on, we are encouraged to share and tell others about our accomplishments for college, our jobs and to accomplish our goals.

Jesus described being humble to his disciples in Matthew 18: 1-4:

In his Sermon on the Mount He said this:

God blesses those who are humble, for they will inherit the whole earth.  ~Matthew 5:5

Jesus is telling us to put others first. Put ourselves last. We shouldn’t brag, even in a humble way. Always be truthful, but there’s no need to embellish. Peter, James and Paul all wrote about being humble like Jesus. I like the way Paul puts it in Philippians 2: 3-5

3 Don’t be selfish; don’t try to impress others. Be humble, thinking of others as better than yourselves. 4 Don’t look out only for your own interests, but take an interest in others, too.  5 You must have the same attitude that Christ Jesus had.

Jesus could have been the ultimate humble bragger, but He wasn’t. He let His actions speak instead. He was humble, loving and always put others first, even to the point of death.

The slippery slope of the humble brag leads me to pride, sin and is a way for the devil to get a foothold in my life.  I want to follow Jesus’ footprints, not the enemy’s.

Will the world always notice what I do if I am humble? Maybe not.  But God will. 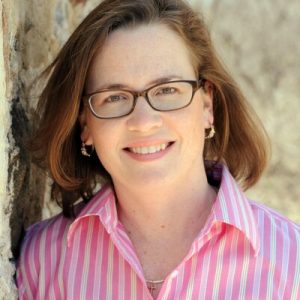 I’m Jill-a recovering perfectionist with a passion for wellness.  Living well begins in our soul and is directed by our minds. Join me in learning to be well, not by being perfect, but by living our best lives daily.

Jill M. Hoven is a participant in the Amazon Services LLC Associates Program, an affiliate advertising program designed to provide a means for sites to earn advertising fees by advertising and linking to amazon.com.

This website uses cookies to improve your experience while you navigate through the website. Out of these cookies, the cookies that are categorized as necessary are stored on your browser as they are essential for the working of basic functionalities of the website. We also use third-party cookies that help us analyze and understand how you use this website. These cookies will be stored in your browser only with your consent. You also have the option to opt-out of these cookies. But opting out of some of these cookies may have an effect on your browsing experience.
Necessary Always Enabled
Necessary cookies are absolutely essential for the website to function properly. This category only includes cookies that ensures basic functionalities and security features of the website. These cookies do not store any personal information.
Non-necessary
Any cookies that may not be particularly necessary for the website to function and is used specifically to collect user personal data via analytics, ads, other embedded contents are termed as non-necessary cookies. It is mandatory to procure user consent prior to running these cookies on your website.
SAVE & ACCEPT